DESCRIPTION:
American Truck Simulator is a simulator of driving American trucks across the US. The game is a parallel to another game of the studio SCS Software – Euro Truck Simulator 2. The game will allow you to feel like a ‘trucker’ and go on a journey through the famous expanses of the United States. Game mechanics is based on Euro Truck Simulator 2, but has received many changes and improvements, both from the technical side and local changes typical for the US market. DLC Nevada for American Truck Simulator: Discover the Silver State with its huge city centers such as Las Vegas, Carson City and Reno. Take the Las Vegas Strip – the famous section of Las Vegas Boulevard, where most of the largest casinos of fabulous Las Vegas are located. Enjoy serene, open and tranquil landscapes with rural trailer parks and a rolling-field.
Features : 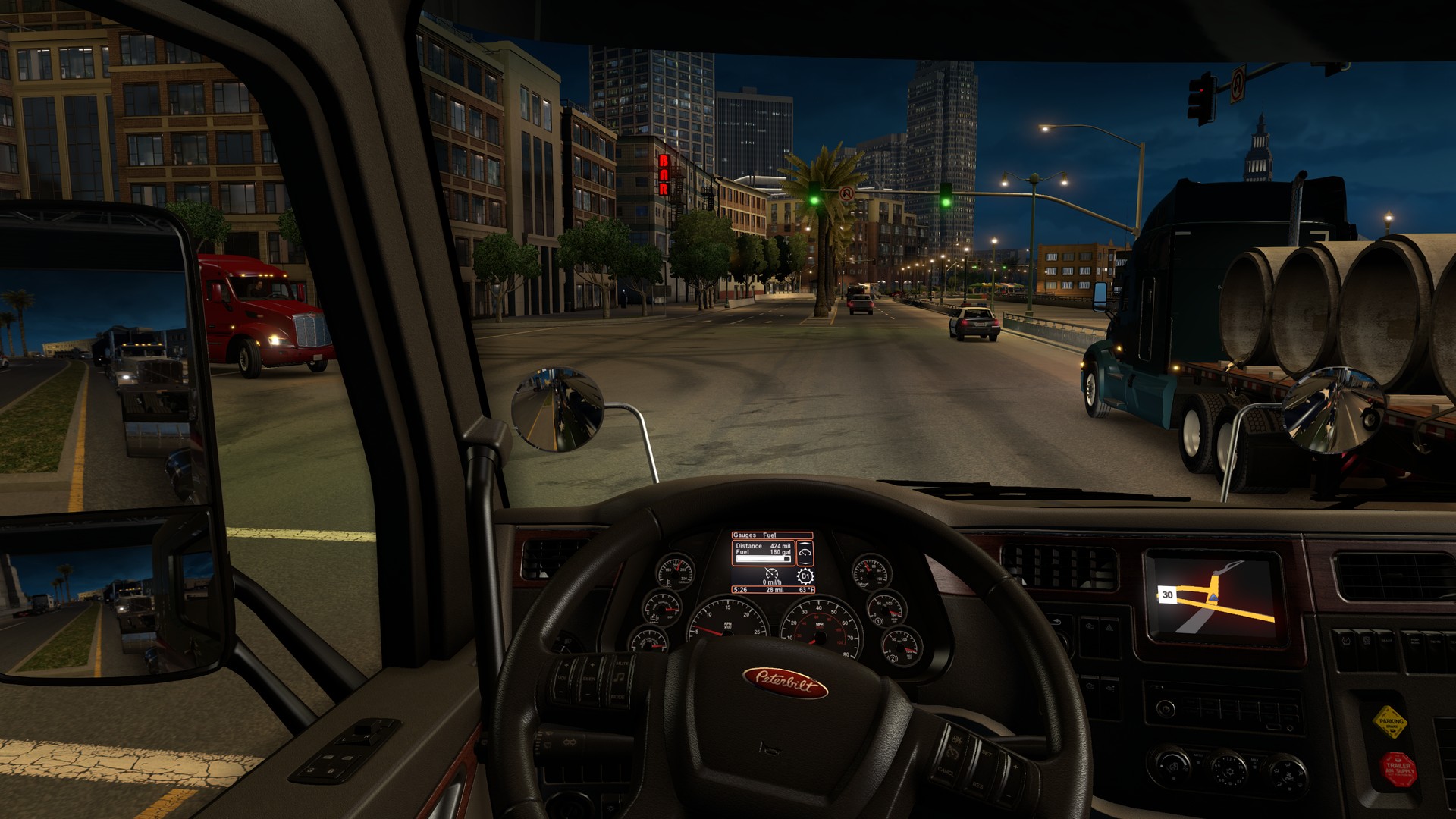