DESCRIPTION:
Commandos 2: HD Remaster is an updated version of the cult tactical strategy game released in 2001.
Lead an elite group of commandos that must infiltrate enemy territory and use their skills to complete tasks that seem impossible at first glance. You will visit different parts of the world, take part in missions related to the history of world war II, and contribute to the overall victory!

Features:
In Commandos 2: HD Remaster, we control a squad of soldiers operating behind enemy lines. The updated version has more pleasant graphics, optimized interface and a new training mode. It is worth noting that the original developers from Pyro Studios also took part in the creation of the remaster.
The game takes place during the Second world war. The main characters are well-trained soldiers who perform dangerous tasks. Over the course of ten missions, the protagonists travel to different parts of the world, including Europe, Asia, North Africa, and even the Arctic.
During the game, we solve various tasks, such as: eliminating a specific person, stealing documents, or stealing a machine for encryption — Enigma. In addition, if we manage to collect all the fragments of photos that were hidden in the locations, we will get access to bonus missions.
While completing tasks, many enemies can be avoided, but bloody battles are difficult to avoid. The matter is complicated by the fact that the game is characterized by a high level of complexity, and the detection of one of the main characters portends serious problems-getting under open fire is almost 100% guarantee of mission failure. Therefore, to succeed, you need to use well-thought-out tactics and correctly use the individual skills of individual characters and their equipment.

Installation:
1.run the installer, install the game.
2.Play. The language changes in the menu. 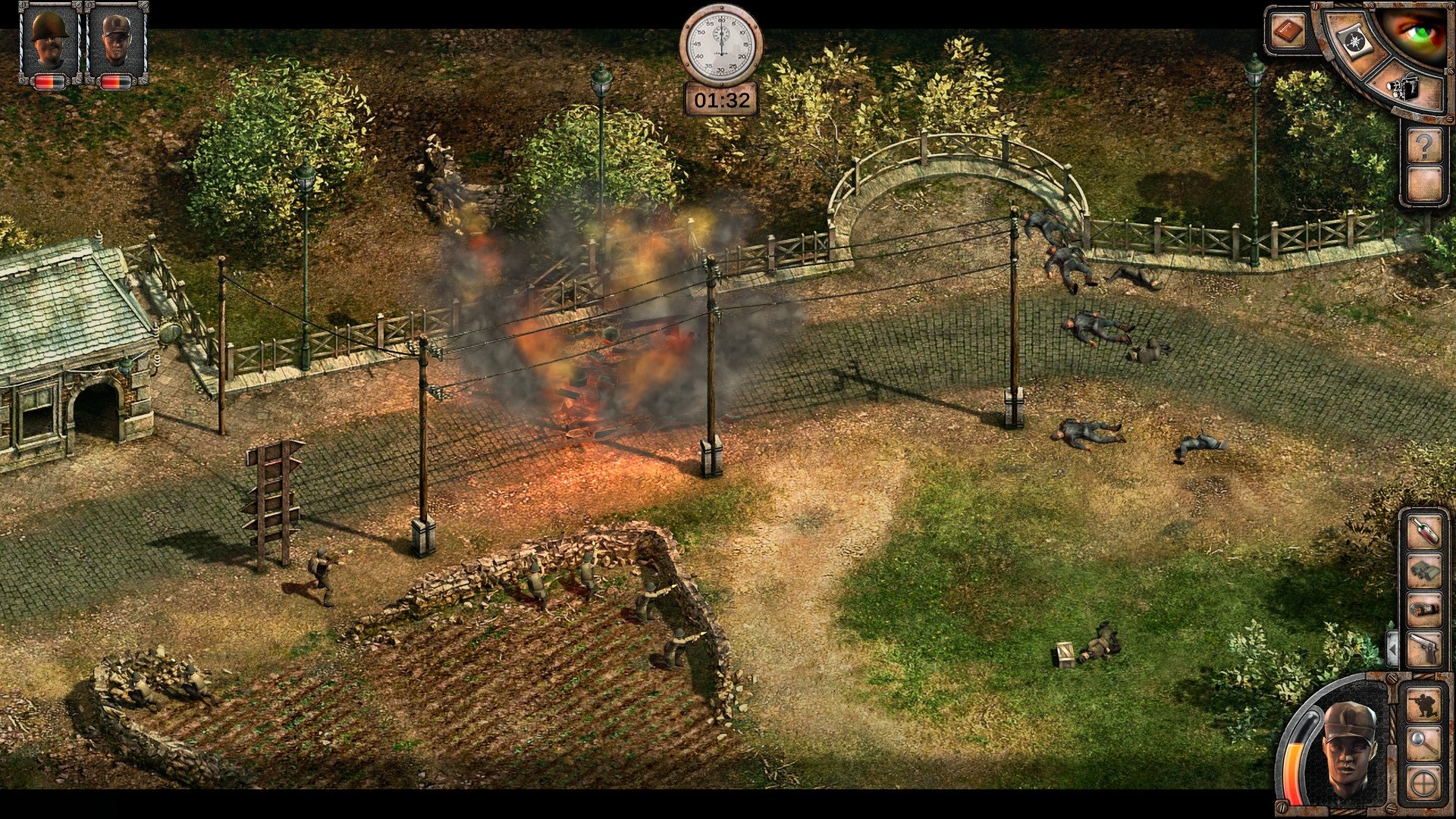