DESCRIPTION:
Etherium is a new project from Tindalos Interactive, capable of making real hardcore RTS fans happy. The game takes place in the distant future, when a fierce war of control over resources is fought between the three factions living on distant planets. The player only has to take over the leadership of one of the parties to the conflict and pave the way to victory. Each of the warring empires is endowed with its own unique technologies, individual characteristics, has its advantages and disadvantages. Etherium will give you an interesting single-player campaign. Choose your own style of play and proceed to conquest. With each episode it will be possible to develop a technology tree, gaining access to new abilities and units. Each subsequent mission will be more exciting, which guarantees long hours of pleasant pastime. For those who are bored to play alone, expect a hot network battles with other players. The mechanics of multiplayer are such that in two opposing teams take part from 1 to 4 players. The emphasis here is on the so-called “high-speed” strategy, so the victory will remain for those who are able to make the right decisions as quickly as possible. Conquer resources, take decisive decisions in a matter of seconds, defeat opponents, ensuring complete domination!
Features of the game:
Features : 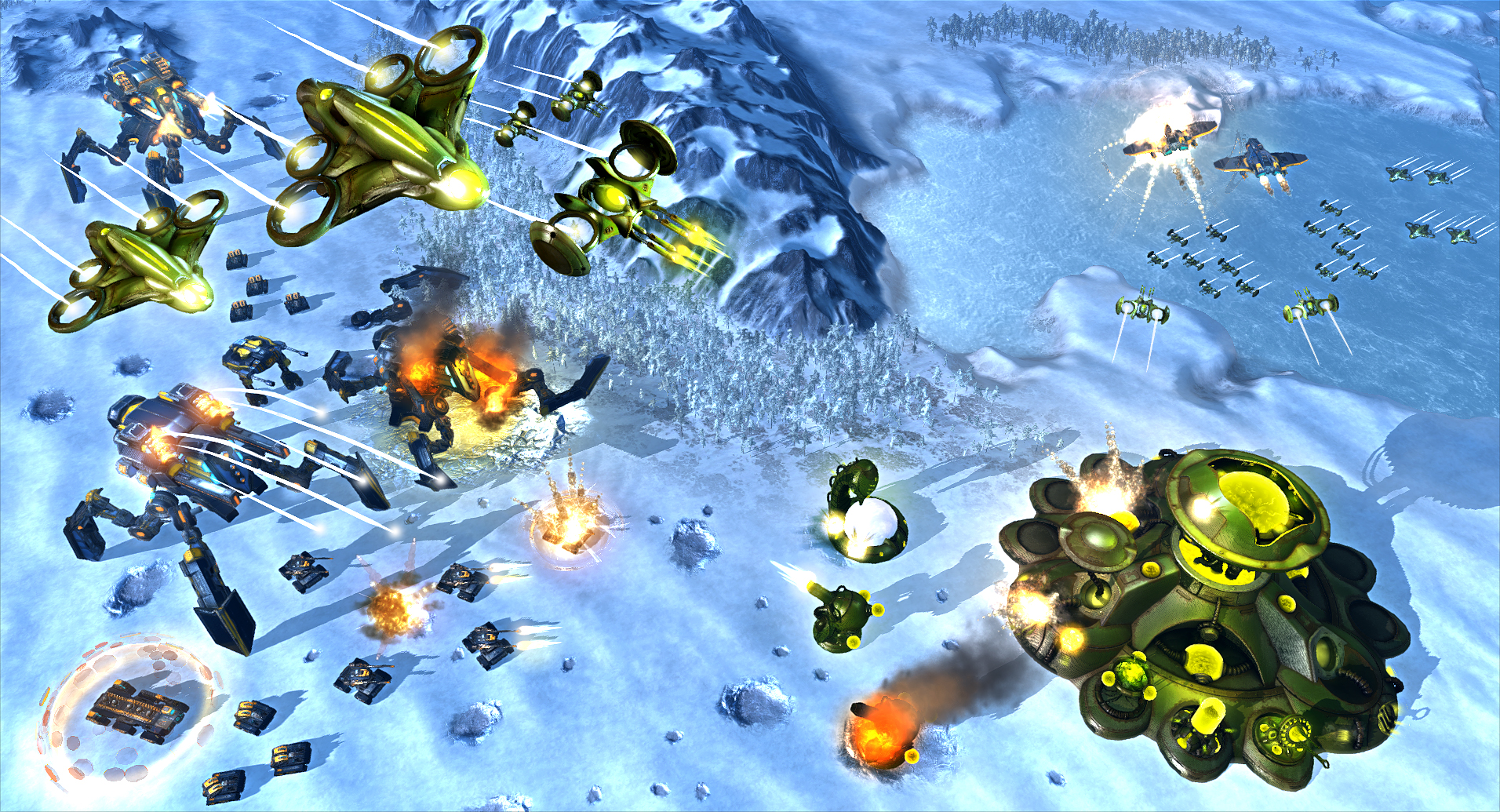