DESCRIPTION:
At the dawn of the October Revolution, a group of passengers who survived a train crash on the TRANS-Siberian railway will have to fight for existence in the boundless Siberian taiga. In the face of many threats, their own weaknesses and, most of all, their own prejudices, they will have to learn to cope with the icy cold, hoping for a quick rescue. People from different social classes must unite and make decisions that often run counter to their beliefs, which they will either have to forget for a while or discard forever. Whether they can survive and at what cost depends on the player.
The basic mechanics of the game focus on the characters ‘survival  meeting their needs, collecting resources, increasing the camp, providing security, exploring the surrounding area-but the player will quickly find out that much more is needed to win: study the characters’ personalities and develop relationships between them, preventing conflicts and taking care of morale. You can play selfishly, but only interaction will help you win and not tarnish your conscience.

Features:
In Help Will Come Tomorrow you will be:
Overcome class differences between your group members to survive in an innovative class management system
Manage scarce resources and survive the wild Siberian frosts while waiting for rescue
Manage the actions of nine characters of different social origins, which are grouped into three social classes
Discover the hidden stories and past of all the characters
Build and develop your camp to increase your chances of escape
Resist the changeable weather and the merciless Siberian taiga, which will directly affect the life of the characters
Manage an in-game event system based on the morale of the characters and the relationships between them
They are involved in a heartwarming story unfolding in the run-up to the October revolution. 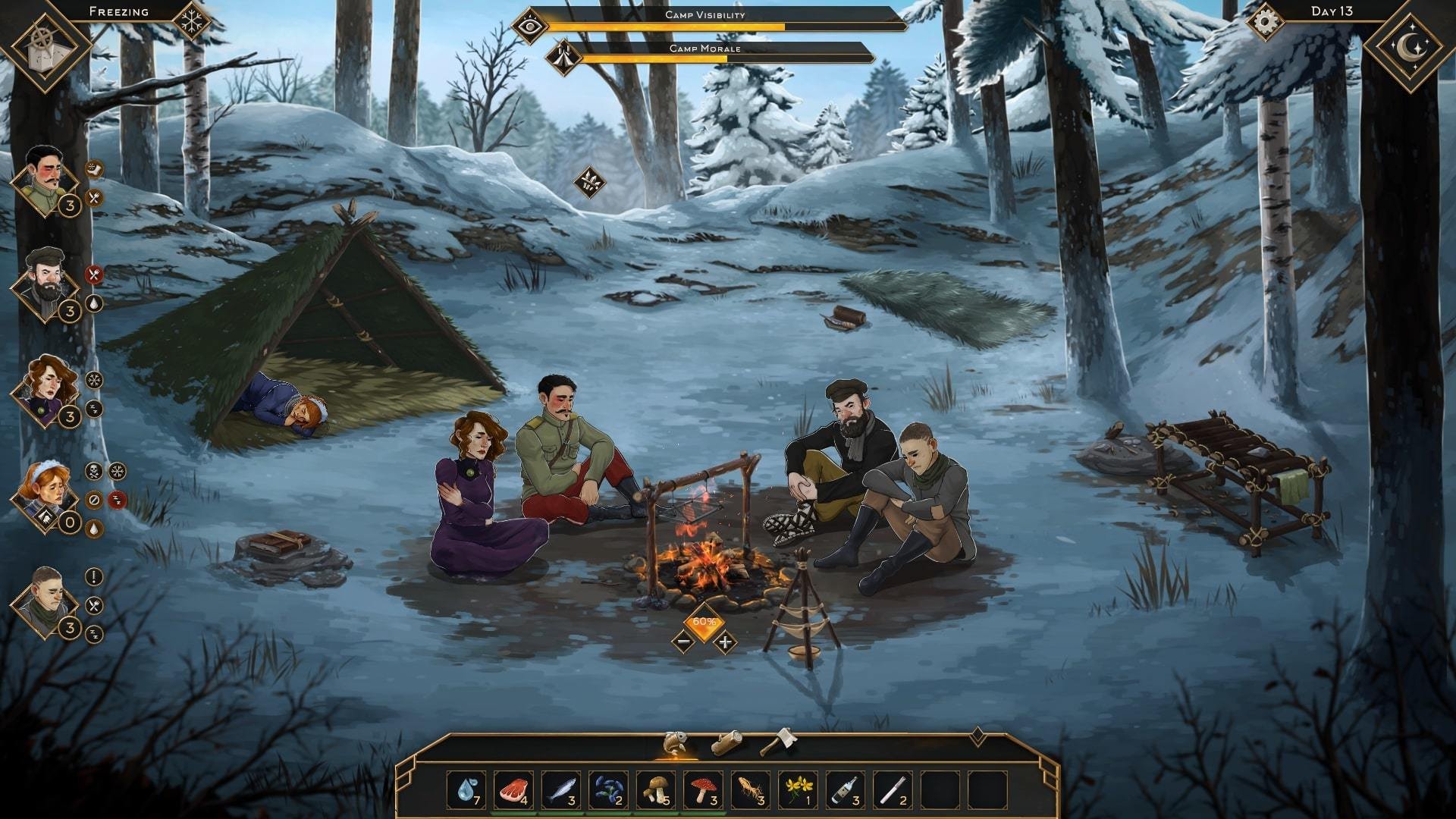