DESCRIPTION:
Classic real-time strategy (RTS), which takes place in an alternate reality of 1920+ immediately after the end of the World war. This game will give you the opportunity to control huge dieselpunk robots.
While Europe is recovering from the brutal battles of world war II, scientific and technological progress leaves its mark on established traditions. Cities rise from the ruins, and the Iron Harvest era begins in the countryside. Farmers find the remains of grandiose walking robots that fought on the battlefields of the World war.
Amid the ongoing chaos, a new threat is emerging that calls into question the continued existence of Europe. Forces operating in secret are doing everything they can to create discord in the lives of entire countries, and are determined to rekindle the fire of war in order to seize power over the world.

Features:
The Deluxe Edition includes a mini-campaign and a major expansion that will give you new adventures in the alternate reality of 1920+. The content of the game has not yet been finalized, but there is no doubt that you will find an exciting real-time strategy game and a multi-hour single-player adventure of the highest quality.
The perfect classic real-time strategy game. Send dozens of different types of units into battle, use shelters wisely, and smash entire buildings to splinters. Do not rush to attack without a plan that will allow you to use a variety of tactics, including stealth approach. Robots. We have robots. Lots of robots.
Interesting single-player campaigns and a fascinating story. Enjoy an epic single story spanning more than 20 missions in three campaigns. Join the European adventures of nine charismatic heroes and their repulsive companions. Play with your friends and complete campaigns completely in co-op mode.
Everything is in Your hands. Take command of one of three different groups with 40 types of units and 9 heroes with unique abilities. Create fights and multiplayer matches according to your own rules. Customize the interface to your requirements and choose your preferred controls.
Active co-op mode and competitive multiplayer battles. Competitive multiplayer with open rankings, matches, and leagues. Choose from an extensive list of battle and challenge maps available for playing in single and co-op modes.
Build and strengthen your base. Capture resources, build a foothold and fortifications that will protect the production and research of units.
Features : 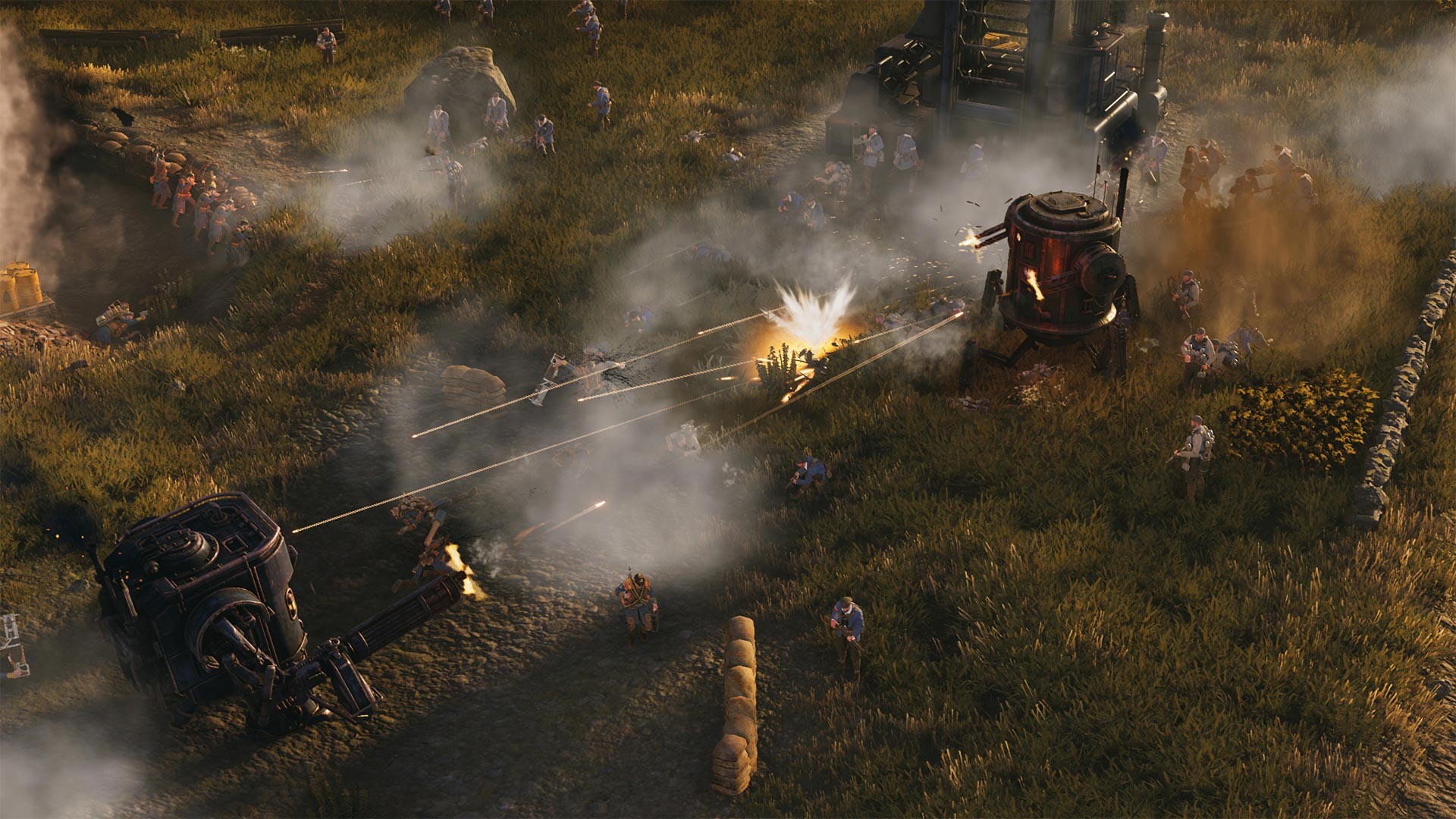