DESCRIPTION:
The action takes place in an alternative reality, where on April 12, 2008 (there is a contradiction – the game itself shows the date April 12, 2008, and on the official site – April 12, 2006, although the game “Call of Pripyat” is dated June 10, 2006) in 14.33 there was a second explosion on the territory of the infamous Chernobyl nuclear power plant. This explosion marked the appearance of the so-called “Zone”, a place within which various abnormal phenomena appear, for example, multidirectional gravitational flows of more than 100g. The very history of the second explosion at the former Chernobyl nuclear power plant is shrouded in gloom, and, wishing to investigate this situation, the Ukrainian government sends troops to Chernobyl. However, their actions in the territory of the zone end in failure.
Features of the game:
Features : 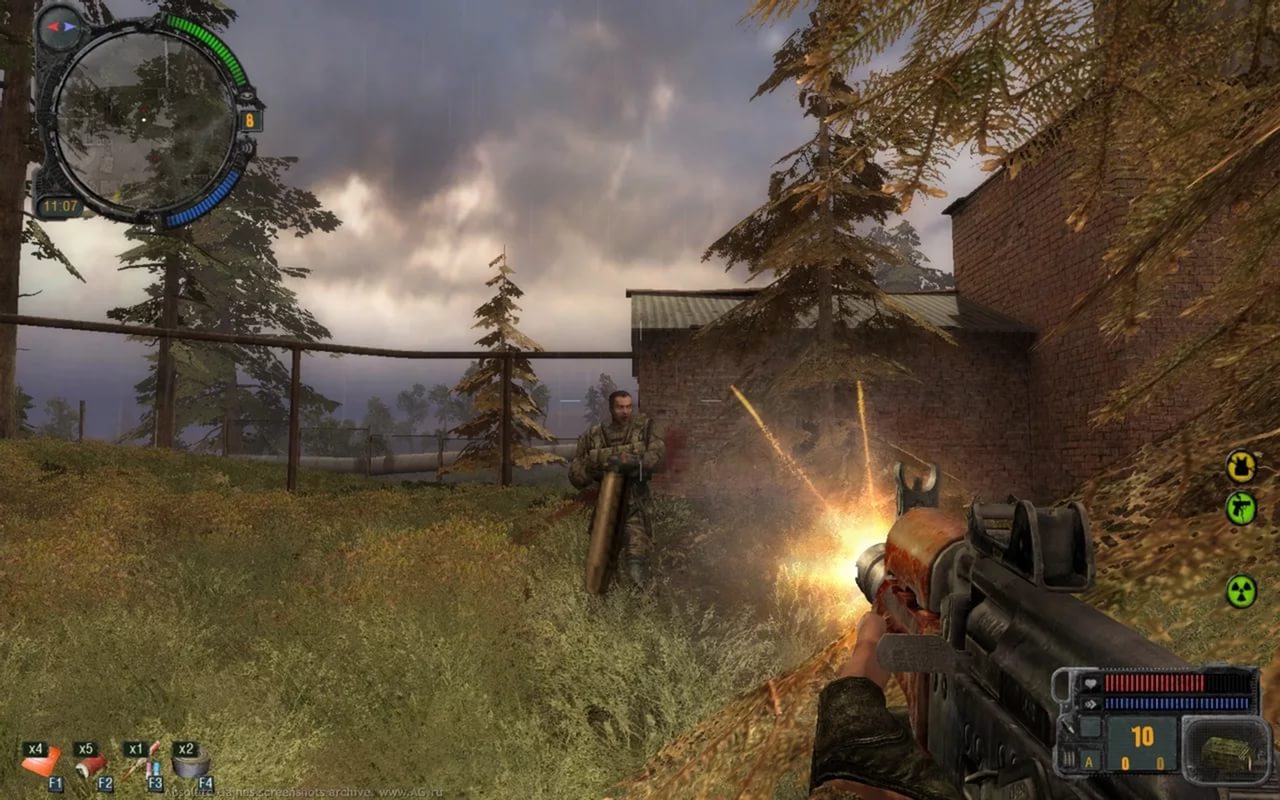