DESCRIPTION:
At the end of the 21st century, mankind, at the excavations of one of the earliest and ancient civilizations, the Ancient Egyptian civilization, discovered the foul-smelling remains of another, even more ancient, but technologically advanced world that existed on our planet horseradish how many years ago. It turned out that all these Egyptian mules, such as pyramids and skewed portraits in profile, were in fact theirs, the Ancients. The search for this civilization gradually led researchers to the boundaries of the galaxy, one after another made historical discoveries, when suddenly, in 2104, we were attacked by hordes of undead-monsters that emerged, like devils out of the box, from another dimension. We are alarmed, it means … Captive our colonies, you understand, they destroy cities, devastate stations, men kill, women … also kill (undead all the same, besides, aliens). In short, all business. Alpha Centauri already fucked, and now, parasites, are moving in the direction of the Solar System.
And in all this mincer there is one heroic guy with a famous name – Sam ‘Porvoo-all-nafig’ Stone, nicknamed Serious. Serious, specific such a guy with a short haircut in sunglasses a-la Terminator, in a dirty T-shirt a la Bruce Willis, constantly releasing jokes a la Duke Nyukem, vocabulary a-la plumber Vasily, knocks bastards with one little finger, has a bunch of merits before the intergalactic fatherland, the mullion is wounded, but never killed, and so on. etc. In general, as you guessed it, it’s us. Rather, we are it.
That’s just the problem: how much Sam does not hero, stop the hooligans and delayed in full growth of the aliens does not work. It’s clear, he is one at all, and monsters are full, and yet they breed like rabbits … Anyway, following Alpha Centauri, we shamefully merged the Solar System. Just a little bit, and the “undeads” will take over the Earth. The last chance for the humanoids is to use the device found in the excavations, the “Time-Lock”, which can send a soldier alone to the past, so that there some things for some reason he has screwed the Amen forever. The stump is clear, the question of whom to send does not arise – Uncle Sam, of course. And, as it is – in jeans, in a T-shirt, with glasses, with hodun, and without weapons. He’s a smart guy, he’ll sort it out on the spot.
Features : 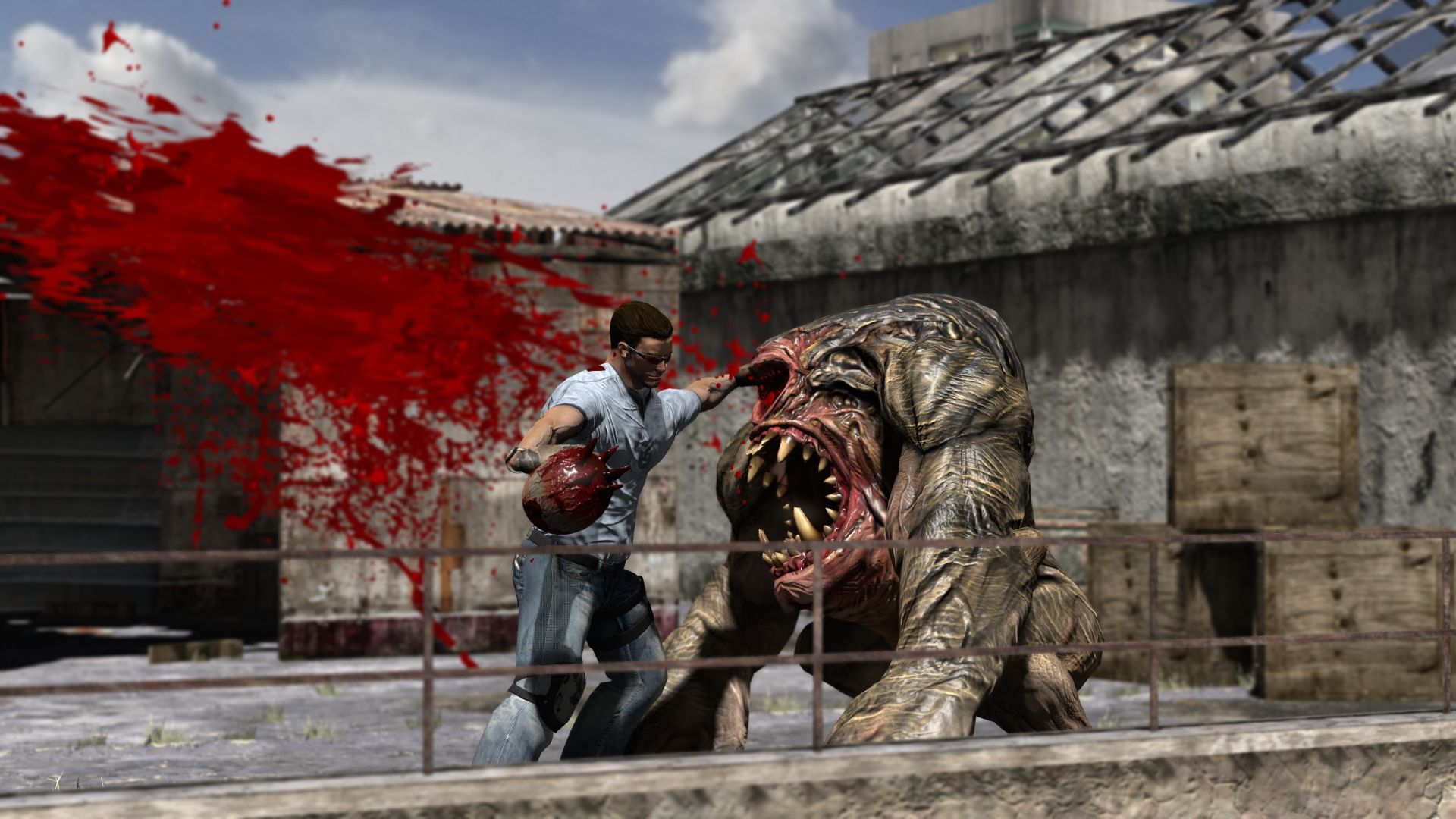