DESCRIPTION:
For real fans here are hidden hundreds of more subtle jokes, alluding to the events of especially successful series that have become legends of the world of the Simpsons. Hanged around the city of the scoreboard screaming about the baseball game ‘Springfield Atoms vs. Shelbyville Sharks’, the statue of Lard Lad, a fatty man supporting a donut, flaunts in the right place at the ‘only today’ stadium of the Truckasaurus show, in the advertisement of the dog races appears Little Santa’s Helper (1989, the first season, among other things), watchman Willy chases for the pigs, and Mr. Burns announces on the radio about the end of the working day: ‘You are free, filthy dunces! Go home to your miserable families! ‘ Among the bonuses you can find even a Japanese cleaner. Sparkle with a logo in the form of a light bulb, surprisingly similar to the image of Homer’s head. We, however, have not yet managed to meet Disco Stu in the game, but we are sure that he is there.
Features of the game:
Features : 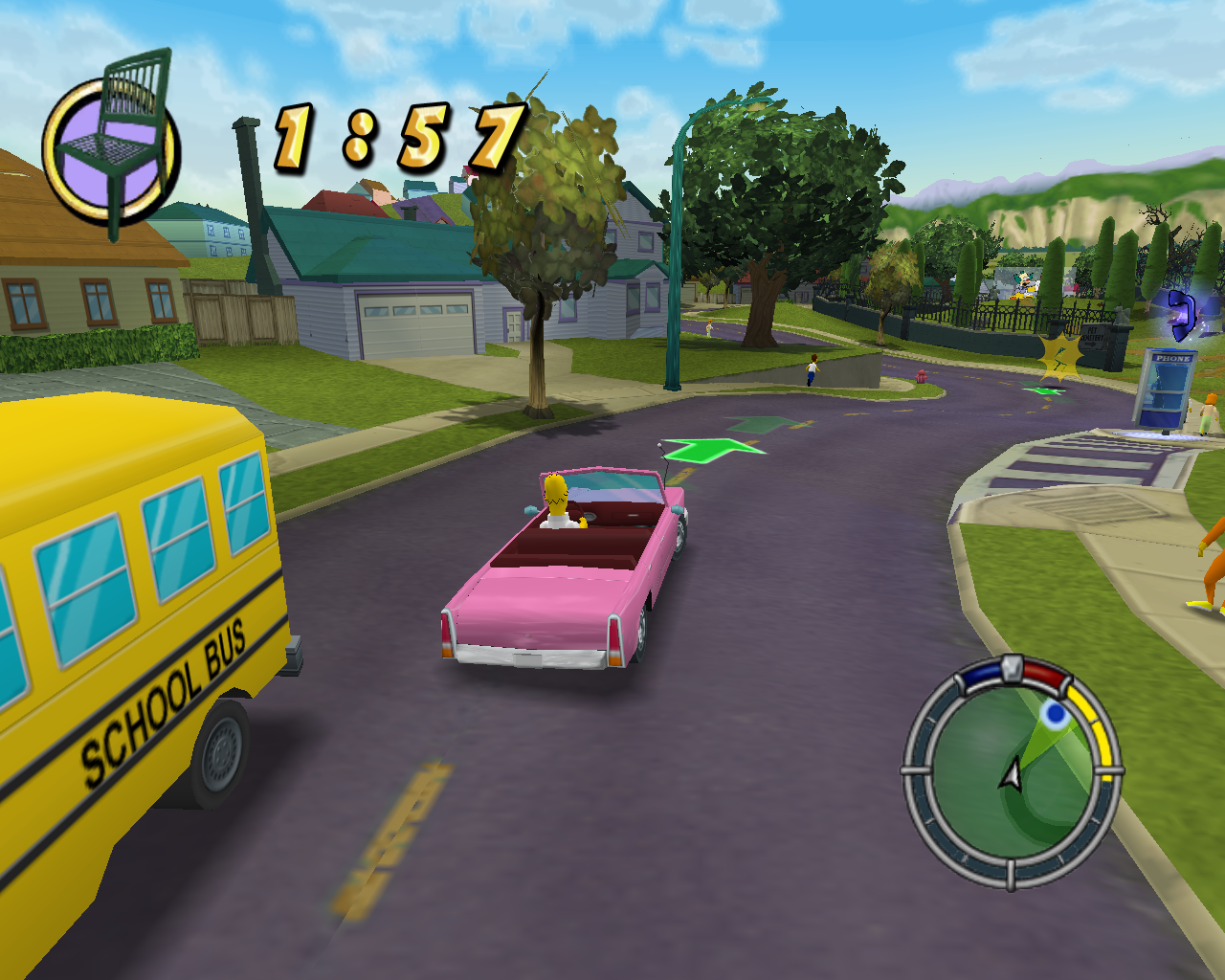