DESCRIPTION:
The original world, created by the imagination of the Polish writer Andrzej Sapkowski, comes to life within the epic role-playing game. There is not a single positive hero here: the viceroys are corrupt, the princesses are lecherous, and the knights are cruel. The plot of the game is developed with the participation of Andrzej Sapkowski himself. In this amazing fantasy world, there is no clear boundary between good and evil. All the decisions of the player and his reputation form a unique storyline with three possible endings. The main character is Geralt, the Witcher from Rivia, a professional fighter of monsters. He does his job not out of good motives or the desire to make the world cleaner – he just makes a living. In order to counter the dragons and ghouls on equal footing, witches are brought up from childhood. And out of a hundred children who started training, only ten survive. In the Witcher’s arsenal are conventional and silver weapons, drugs and elixirs, deadly to an unprepared person, witch’s ‘signs’ capable of controlling other creatures. The player himself chooses which methods Geralt will possess better. Six battle styles, dozens of different potions, changing weapons and magic – all this will help to defeat any opponent. Special pleasure will be given to fans of dynamic combat and spectacular ways of destroying the enemy (for example, the player will be able to decapitate the enemy, cut his throat, release bowels, put him on the stake, crush his head, etc.). The battle system is based on real medieval combat tactics. To make the battles look realistic, specially invited masters of martial arts and specialists in sword fighting took part in the work on the animation. 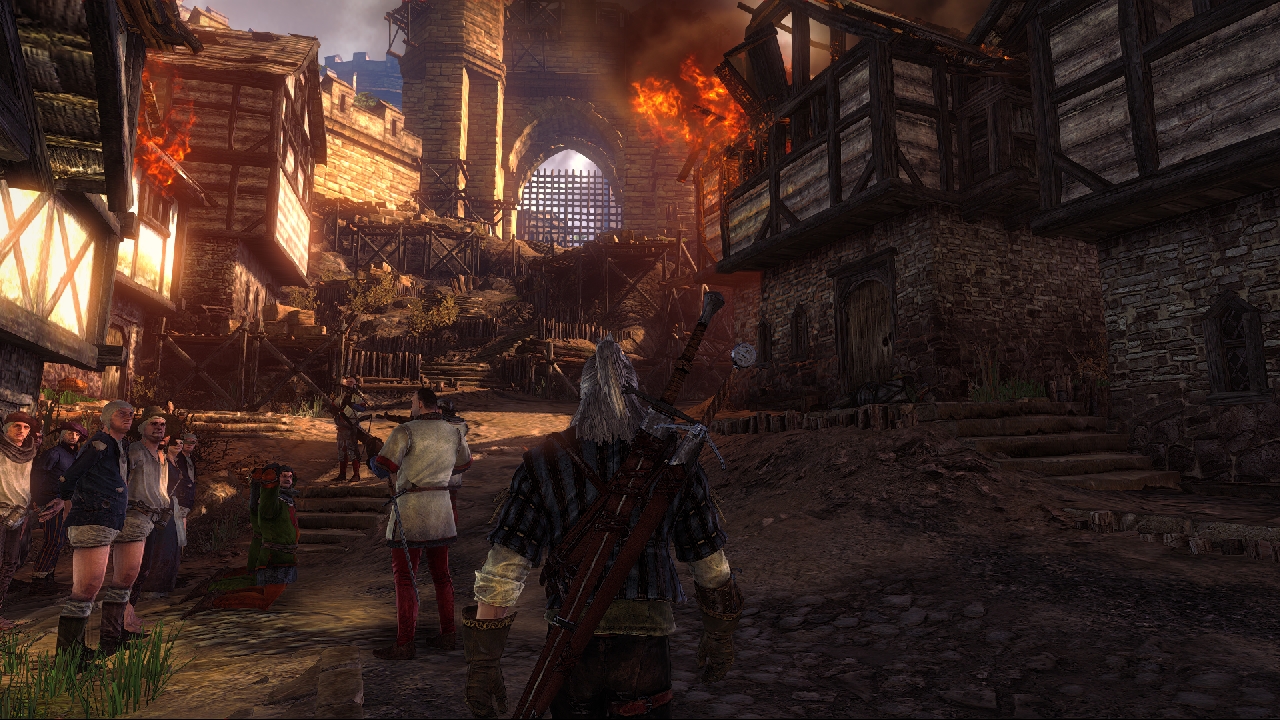