DESCRIPTION:
Do you want to visit the place of the heroes of Steven Spielberg’s “Jurassic Park”? The new part of the cult game-series Turok, created specifically for gaming systems of the new generation – is definitely for you! While scientists are speculating about the causes of the disappearance of dinosaurs, the protagonist of the game, the commander of the special unit Joseph Turok – exterminates them without thinking! Carnivorous reptiles fifteen meters tall, carnivorous plants and insects, giant ferns, impassable swamps and mountains – all this and much more will be seen by a player traveling on a lost planet similar to the Earth of the Jurassic period. All dinosaurs possess the instincts of real animals. They attack only when they are hungry or feel threatened, and attack not only the player, but also each other! But not only dinosaurs will resist the protagonist. Prepare for a meeting with mercenary terrorists who have settled in the jungle – they are perfectly oriented on the terrain, fast, smart and cruel …
Features of the game:
Features : 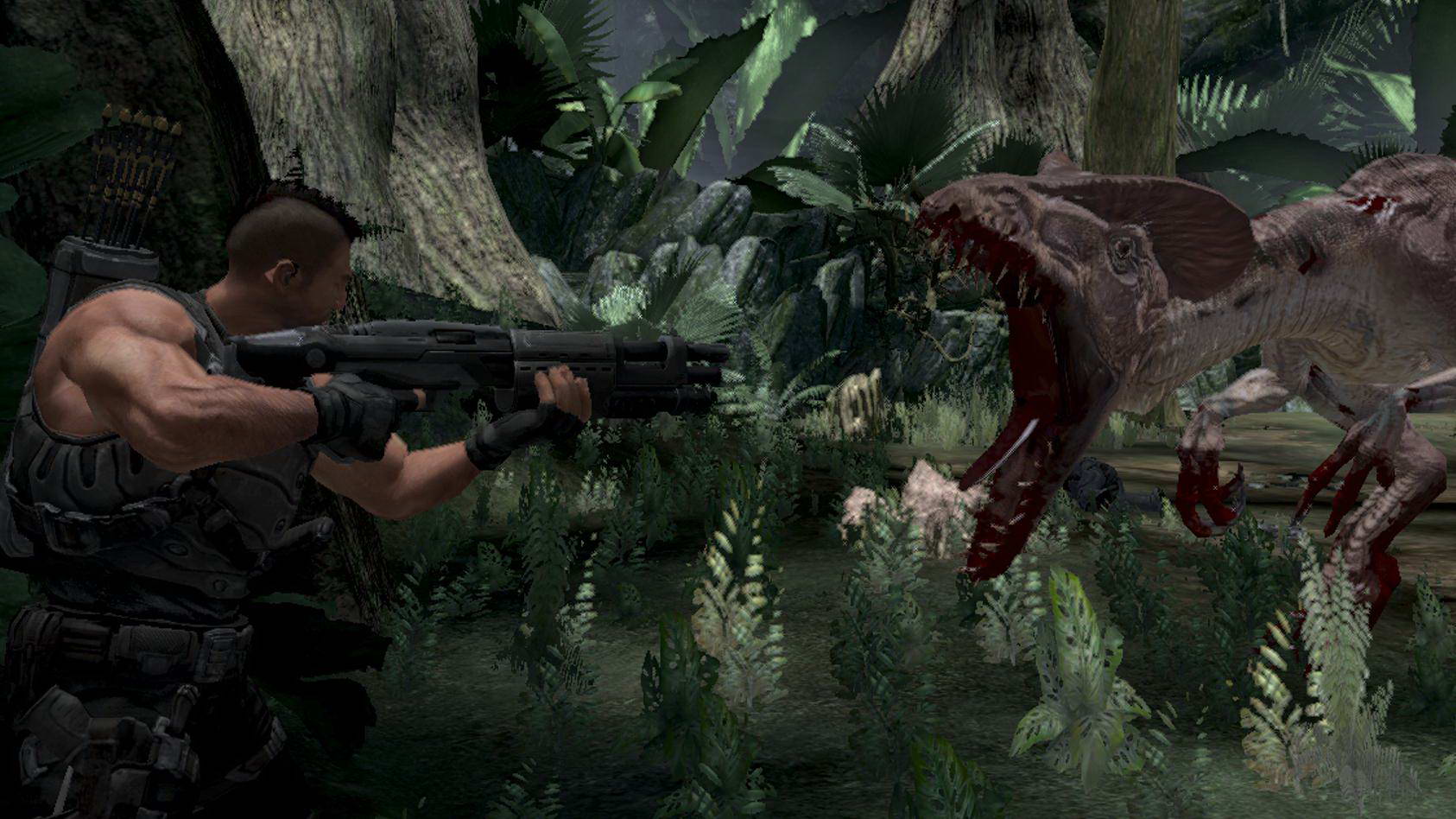