DESCRIPTION:
Wolfenstein ® : The New OrderTM is a revival of the series that once launched the FPS genre. Developed by Machine Games Studio, which brought together experienced masters who created more than one famous game, Wolfenstein is a combination of psychological drama with an exciting story, adventure and first-person combat system. In a tense, cinematic and graphically very reliable (thanks to id Tech ® 5 engine from id ® Software’s) game Wolfenstein, the hero must crush the Nazi war machine that conquered all of Europe. With the help of a small handful of surviving Resistance fighters, you will have to infiltrate the most secret objects of the Reich, fight legions of fascist combat robots, and take control of super-weapons that have conquered the entire Earth… and not only.

Feature of game:
Adventure shooter. Wolfenstein is a crazy car race on mountain tracks, descent into the depths of the sea, battles with the Fuhrer’s fighting robots and much more, which makes up a truly exciting adventure.

Plot and characters. Intense battles, crazy plot twists and characteristic characters are fused together in a story that will not leave anyone indifferent.

Alternative history. Familiar unfamiliar post – war years-a world where the Nazis won the Second world war and distorted everything they could reach.

Arsenal and opponents. In the secret laboratory Reich and armories you will find the latest designs of deadly toys Fuhrer. Armed with them, you will get a chance to cope with giant combat robots, formidable super-soldiers and Nazi assault squads.
Features : 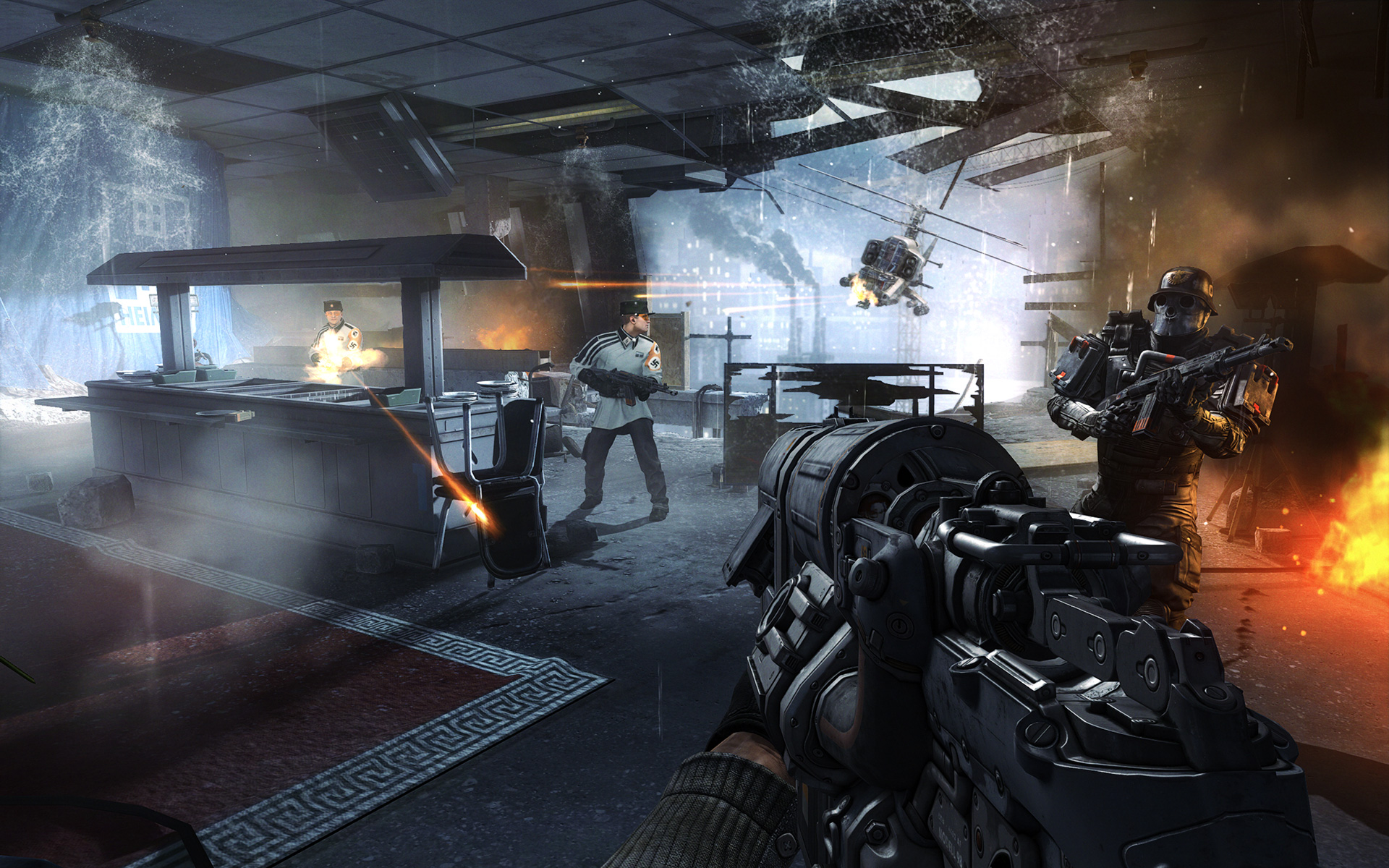